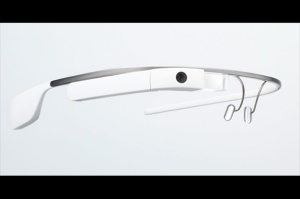 Google Glass for Motorcycles Are these forthcoming “digital glasses” the ultimate navigation and heads-up display for motorcycle riders or just another threat to traffic safety?.

The possibilities are pretty amazing for this technology. I personally love the hands free abilities that this would provide both drivers and motorcyclists. My mind is racing with the opportunities and applications. But there is the potential here for more distractions from other motorists. Read the article linked above. Let me know what you think. Is this the next leap in our interactions with technology or is this the next big distraction. I’m hoping for the best.

Posted by 7acesmotolog on February 28, 2013 in Gear Reviews

If you’ve ridden for any length of time and are like me you’ve probably got several pieces of gear that are just taking up space in your closet. For any number of reasons you’ve moved on to other gear and abandoned these items. So, what do you do with all that used gear? Here are a few ideas.

The most common way to get rid of your gear is to post it on Craigs List or eBay and wait for someone to find it and buy it. Both of these are viable options but they have their downsides. The first being that if your item doesn’t sell you have to re-post your listing. This isn’t the end of the world but it means that you have to remind yourself every few weeks to update the listing so it stays in the service. Then there’s collecting the money and shipping or coordinating a pickup and money exchange. It’s a lot of work, but a successful way to get some cash for your old gear.

Another option that I’ve come across are motorcycle shops. Some have started taking “gently used” items on consignment. For me this is a far more appealing option. I can drop off my gear and the store will display it, take payment, and then send me a check. This way my gear is seen by other motorcyclist and is more likely to sell. The downside here is that it’s up to the store to accept or reject your offering and they get to set the price. They also get a cut of the sale for all their trouble. Still, I’ll take their cut and call it a convenience fee for me not having to deal with the buyer, marketing, and shipment of the items. Most of these stores have a set time limit they will display your gear for before you have to come pick up. Usually around 90 days.

I’ve also found several shops that are taking used gear as trade-in toward new gear. What a great way to offload old gear and stock up on future used gear at the same time!

There are also donation centers where you can give your gear away and receive a receipt for a credit on your taxes. You do get some of the benefit in the way of a tax write off, but it’s not that immediate satisfaction of getting money in your had.

Lastly, have a gear swap with your riding buddies or riding group. This way you might at least be able to see your old gear once in a while and know that it’s gone to a good home.

Here are a few links to places in my area and other sites that offer trade in, consignment, or will take your gear as a donation:

Posted by 7acesmotolog on February 26, 2013 in Gear Reviews

Posted by 7acesmotolog on February 21, 2013 in Motorcycling

The Life of Riding

I feel I came late to motorcycling. I started riding in 1998 when my father purchased a Suzuki Savage for my sister and I to learn to ride on. We both managed to pass our riding test but I ended up using the bike so much my dad politely asked when I was going to buy my own. The first bike I owned didn’t come until 2000. I was 26 at the time and purchased a 2000 Yamaha VStar 1100 Classic. The VStar and I enjoyed each other for a several years. This by no means made me an accomplished rider. Two accidents, one on the Suzuki and one on my VStar, proved that. When I got married in 2003 I sold the Yamaha (the Suzuki was sold some time earlier). It had only 5,000 miles on it. At the time I thought I wouldn’t miss it and for a few years I didn’t. I hardly thought about riding.

Just three years later in 2006 I had an awakening. I know that’s a strong word but I cannot think of any other that would describe it better. I became captivated by motorcycles.  I signed up for several magazine subscriptions. I read books about other riders and how to ride. I found myself hanging out at motorcycle dealers. All this culminated in the purchase of a used 2006 Harley Davidson Electra Glide Standard in 2008. Along with the Harley came my first set of real riding gear: pants, gloves, jacket, boots, and a decent full face helmet. My riding gear had previously been entirely inadequate to protect me. I have the scars from my two accidents to prove it.

For the first time I felt like I understood what was really involved in riding a motorcycle. I knew about the mechanics and physics of riding. I was aware of the dangers and the risks. I actively took steps to mitigate those risks through practice and education. More than a re-entry rider, I was a re-born rider. When someone now asks me “How long have you been riding?” I start counting from 2008. That’s how important this change was and still is to me.

With all that I read before buying my Harley, have read since, practiced, the work I do on my motorcycles, I still feel like a novice. When I read Peter Egan, Kevin Cameron, Kevin Ash, David Hough, and other moto-journalists/authors I’m struck by the length of their riding career, their knowledge of bikes, and the ease with which they are able to work on them. Their familiarity is born from a lifelong exposure to riding, owning, and fixing motorcycles. It makes me feel like I’m behind the curve. I struggle with the idea that this somehow diminishes me as a rider and motorcycle owner.

Conversations with other riders about how many miles they’ve ridden this year, what they have fixed on their bike or that they do all the maintenance themselves circle the tables of restaurants and rest stops when more than one rider is present. I have something to offer to these discussions, but not as much as I’d like. Why don’t I know more about how my bike works? When I see riders commuting to work on their bikes on days I chose not to it fills me with doubt. Am I a serious rider?

Of course all of this is in my head. Riding isn’t a competition (unless you ride professionally). The reason I ride is because I love it. I’ve taken to looking at the books and articles I read and conversations I have with other riders from a different perspective. We all want to share our knowledge and accomplishments with others and be appreciated for them. There’s a lot to gain from listening to experience and asking questions about things I don’t know or understand. My projecting of my own fears and inadequacy on others accomplishments limits my ability to learn from them. I need to ride and do as much as I’m comfortable with. Everything else is just an opportunity to learn more and become better.

Even Peter Egan wasn’t born riding a Triumph Bonneville with a wrench in his hand. We all have to start somewhere.

Posted by 7acesmotolog on February 6, 2013 in Motorcycling

an avid motorcyclist's journey transitioning from the street to the track

Motorcycles and the Cynic

My motorcycle adventures and thoughts

Shrinking The Planet - One Ride At A Time

I ride, therefore I am

built in the bathhouse

the progress and inspiration of a retro classic motorcycle builder

Motorcycle touring and its lessons in turn.

Passionate love for the simple joy of travelling on two wheels

A couple nerds talk weekly about motorcycles and stuff...

CouchSurfing my way across the 50 states of America and 10 Provinces of Canada.

Writing With A Day Job

Freedom and the open road.

A blog about bikes, me, and whatever else comes to mind...

Keeping the faith of fanatics who feel fired up for anything motorcycles. It’s all about the journey and the philosophy of riding on two wheels. Let’s bring alive the truly unique culture of motorcycling and never let the ride leave the fibers of our being.

All The Things We Love (and Hate) About The Eighties!